Aside from Room, the 29-year-old has starred in Trainwreck (2015), the critically-acclaimed indie film Short Term 12 (2013) and the blockbuster Kong: Skull Island (2017). Last year, she made her directorial debut in the indie comedy-drama Unicorn Store. It’s an impressive body of work in a relatively short space of time, but most people might not realise that far from being the ingénue, Larson – who was born in Sacramento, before moving to LA with her mother and sister – has been working since she was a child. Best known stateside for the sitcom Raising Dad (2001) and Disney Channel movie Right On Track (2003), she also had a stint as a pop star, signing a record deal at 13. These days, as a Time’s Up activist and advocate for sexual-assault survivors (she famously refused to clap when presenting Casey Affleck with an Oscar because of allegations against him), the actress utilises any power she has to be vocal about social and political issues. I can’t wait to see what she does with the power that comes with her latest role – Carol Danvers/Captain Marvel in Captain Marvel, the 21st (and first female-led) film in the multimillion dollar franchise.
END_OF_DOCUMENT_TOKEN_TO_BE_REPLACED 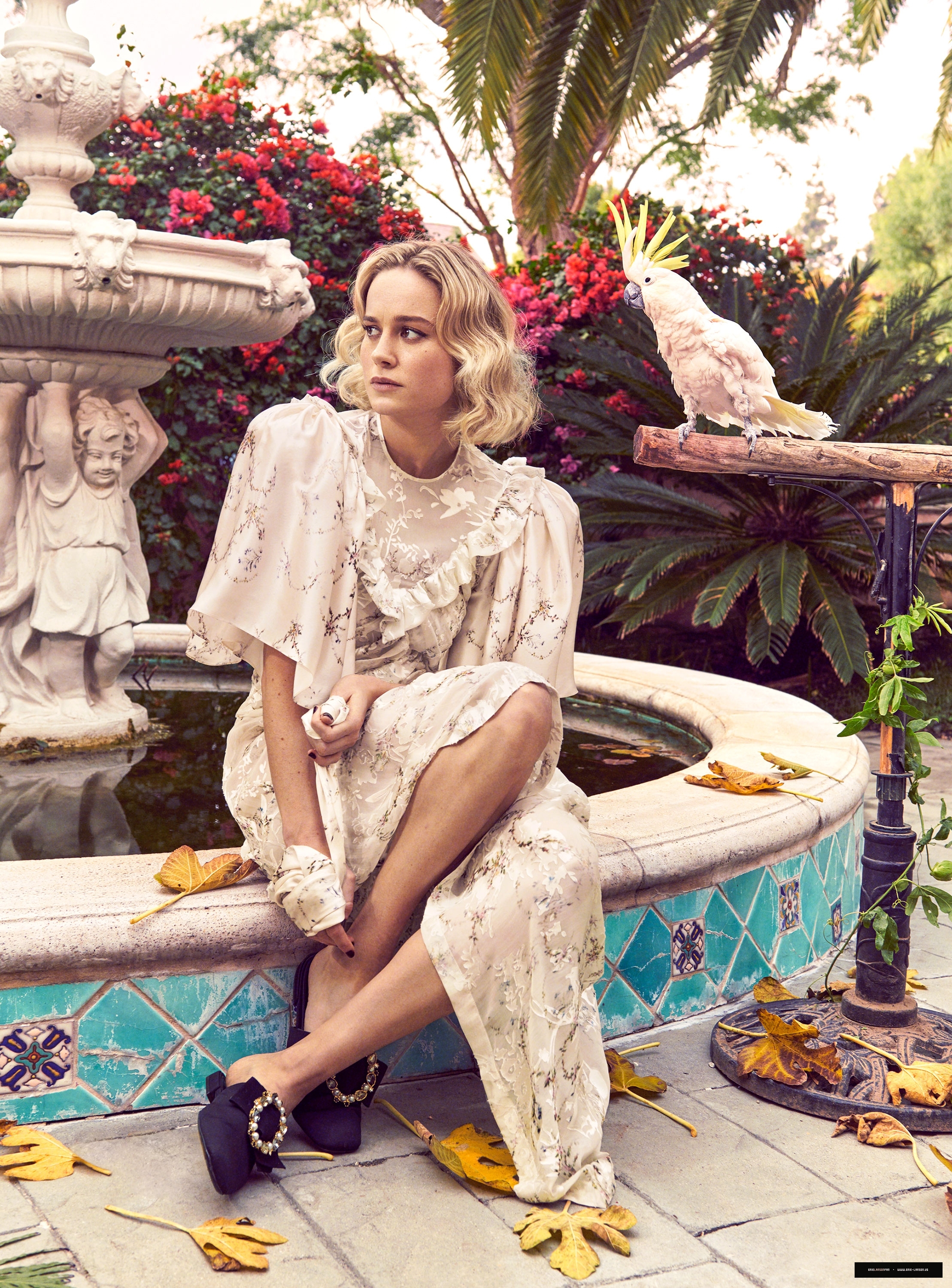 As a young girl, she would pull at her mother’s shirttails in her childhood home in Sacramento, Calif., to tell her it was her “dharma” to be an actress. “It was a way of learning how to be a person,” recalls Larson, dressed in a black sweatshirt, a jeweled choker, and jeans as she sips a Campari cocktail. “This is how you make eye contact. This is how you talk. This is how you hold a conversation. This is how you connect with your feelings. This is how you express yourself. I’d be in a completely different place if I hadn’t found acting so early on, because I think I really would have found comfort in my extreme shyness.”
END_OF_DOCUMENT_TOKEN_TO_BE_REPLACED

Brie Larson speaks about Time’s Up BRIE LARSON Until we were having these meetings, most of us had never met one another, because there aren’t a ton of films that star that many women at once. Most of us had been dealing with these issues alone, not understanding that if we stood together, we had the leverage to actually get things done.
END_OF_DOCUMENT_TOKEN_TO_BE_REPLACED

Interview ,Photoshoots
By Jeanne
No comments

Photoshoots
By Prisc
No comments

Here’s a new photoshoot by Kurt Iswarienko of Brie and the cast of Kong for the ‘Kong: Skull Island’ promotion. The photos are gorgeous, Brie is really stunning on them! Enjoy!

Photoshoots
By Prisc
No comments

“I felt like if I keep everything plain in front then it brings my mind to the forefront,” says the Oscar winner on why she previously rejected being a fashion star. She credits her stylist Christina Ehrlich with helping her embrace fashion saying, “you can wear something that actually makes someone understand you better and want to get to know you better.”